Moxa or moxibustion is an energetic treatment that consists in the therapeutic application of heat on acupuncture points. This heat is produced by the combustion of Artemisia, a common herb. Moxa is one of the most important therapeutic methods of Traditional Chinese Medicine (TCM).

Above all moxa is used for chronic ailments and deficiency of energy, also worsen by adverse climate conditions, such as cold and damp. In fact moxa has drying and heating properties, and is a source of external energy. That is why it is used to prevent ailments and to supplement Qi in case of lack or depletion.

As therapy, moxa is an integral part of Acupuncture. The Chinese word Zhen Jiu, usually translated with acupuncture, actually means acu-moxa. More specifically, Jiu means ‘long lasting heat’, refferred to the slow burning of artemisia and the long duration of the disease, showing that moxa treats long lasting ailment – chronic diseases. The word moxa comes from Japanese meaning ‘herb that burns’. Despite moxa and acupuncture are complementary, they can be used independently. According to the general rule, needles make the energy-qi move, moxa gets it in. Moreover, moxa can be used together with tuina massage to increase the effect.

Moxibustion and Health Cultivation – Since ancient times moxa has been used for Health Cultivation. Health Cultivation refers to a method of applying moxa to regulate Qi and Blood-Xue, warm and open the channels, and prolong life. It is used to improve one’s health and to nurse individuals weakened by prolonged illness. Health cultivation moxatherapy has the following effects:

Moxa origins go back to time immemorable and seem to come from northern China. The first written document about moxa is in ‘Chun Qiu Zuo Chuan’ or Spring and Autumn Annals, the official chronicle of the State of Lu, covering the period from 722 BCE to 481 BCE. 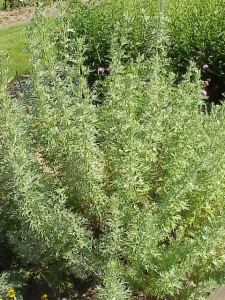 Artemisia (ai ye in Chinese) is a perennial herb of the composite family, common both in Asia and Europe. The most used part is its dried leaves. Artemisia can be used in different ways. The most common are moxa sticks and cones, but there are many other ways, such as heated needles or moxa boxes. Moxa sticks or moxa poles are by far the most used. Cones are formed compressing Artemisia with fingers, and are placed directly on the acupoints.